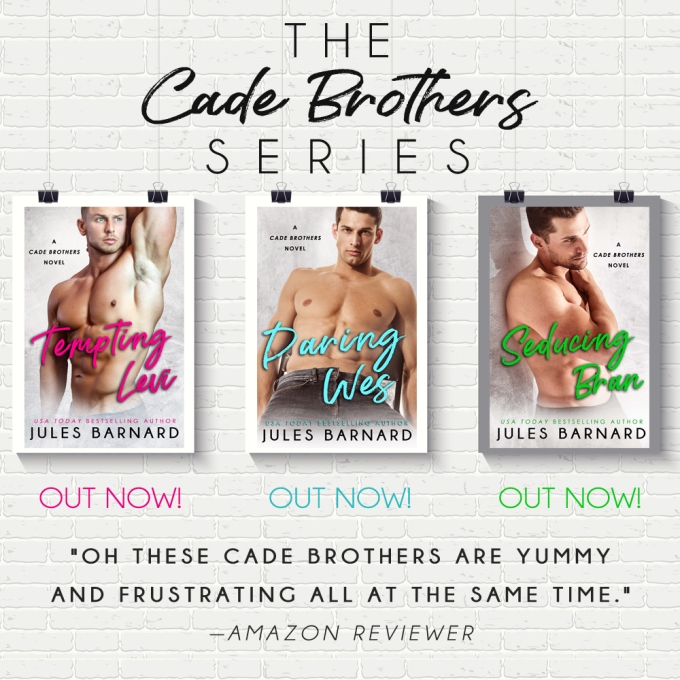 Title: Seducing Bran
A Cade Brothers Novel
Author: Jules Barnard
Genre: Contemporary Romance/Romantic Comedy
Release Date: October 22, 2018
Blurb
The wrong brother…
Ireland needs a fresh start, and her cousin convinces her to
take a chance on a charismatic bad-boy with a wicked boat and a killer body.
But when Ireland shows up for the popular Lake Tahoe booze cruise he runs, she
finds his handsome older brother at the helm instead.
Bran likes things structured and predictable. Especially
after the mistakes he made ten years ago. But his father’s recent passing threw
his calm life into chaos, and now Bran is in charge of the family’s five-star
restaurants. He’s been grasping to get things back to status-quo ever since.
He has no idea how much more complicated life will get.
Flame-haired Ireland is exactly the type of beautiful woman
Bran has programed himself to avoid. But when she falls into his lap on a booze
cruise his brother asked him to cover, the boat isn’t the only thing tossed by
the water. Bran’s heart goes overboard as well.
Headstrong Ireland is nothing Bran wants, and everything
he needs.

Seducing Bran was a fun, contemporary romance filled with just the right amount of steam. The characters were flawed but relatable making for an interesting buildup between the two main characters. I loved Ireland’s fiery attitude and Bran’s resolve to stay away from her despite not really being all that much of a “monk.” One of my favorite scenes in the book was the moment when they’re on the boat and Bran jumps into the water after Ireland, believing she’s too drunk and in danger. The words exchanged between the two only fueled the fun I had reading the rest of the book. Although I wish there would’ve been more heated back and forth moments throughout the book (to make it heavier on the RomCom side of things), the author made up for this with other interesting scenarios for Ireland, which included a lot of great character building. Overall, I think Seducing Bran does a great job riding the line between a Contemporary Romance and a Romantic Comedy.

I highly recommend this story to any reader looking for something sweet & funny with just a little steam. Can’t wait to read more about the Cade Brothers! 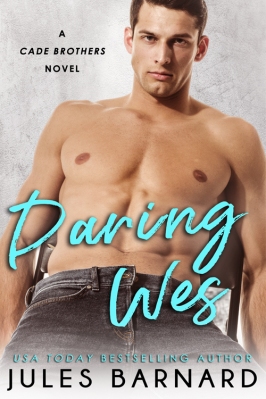 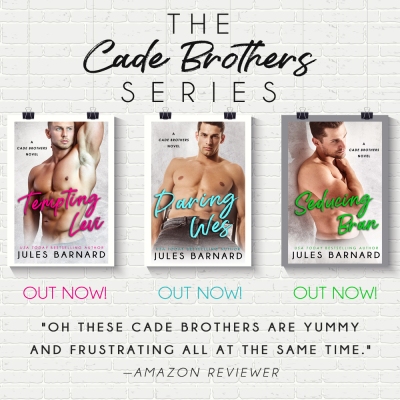 Jules Barnard is a USA TODAY bestselling and RITA-nominated
author of contemporary romance and romantic fantasy. Her contemporary series
include the Men of Lake Tahoe and the Cade Brothers. She writes romantic
fantasy under the same pen name with the Halven Rising series LIBRARY JOURNAL
calls “…an exciting new fantasy adventure.” Whether she’s writing
about sexy men in Lake Tahoe or a Fae world embedded in a college campus, Jules
spins addictive stories filled with heart and humor.
When Jules isn’t in her sweatpants writing and rewarding
herself with chocolate, she spends her time with her husband and two children
in their small hometown on the California coast. She credits herself with the
ability to read while running on the treadmill or burning dinner.
Author Links
WEBSITE
FACEBOOK
INSTAGRAM 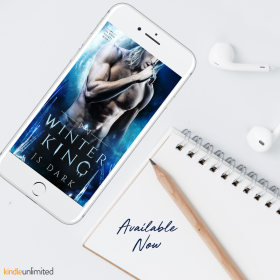 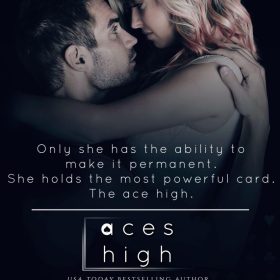